These falls on the border between Brazil and Argentina outdo Niagara with their span of 2.7 km and a total drop of 82 m, compared with 1.04 km and a maximum of 57 m for Niagara - not to mention the greater variety of scenes and viewpoints here. These images were taken on consecutive days, the first spent on the Argentinian side of the river and the second on the Brazilian.

The lower part of the river is split into two channels separated by the island of Isla San Martin. The falls can be divided into three main groups. Those in the first group plunge directly into the channel on the Brazilian side of the island. The most dramatic of these is known as the Devil's Throat. It has the greatest water flow and a single drop of just over 80 m. This produces a huge amount of spray which conceals much of the fall from view. Other falls in this group include those named Santa Maria, Floriano and Belgrano.

In the middle section, the Rivadavia Fall, tucked in behind Isla San Martin, has a relatively small drop to an intermediate channel which leads on to the falls known as the Three Musketeers and the Two Musketeers. These drop into the Brazilian channel a little downstream of the first group of falls.

Finally, the Argentinian channel is fed by an arc of falls, chief of which is the San Martin Fall. In full sequence they are named Escondido, San Martin, Mbigua, Bernabe Mendez, Adam, Eve, Bossetti, Ramirez, Chico and Dos Hermanas, though I don't find it easy to distinguish some of them in these images, perhaps because there was a quite high water flow at the time.
Back 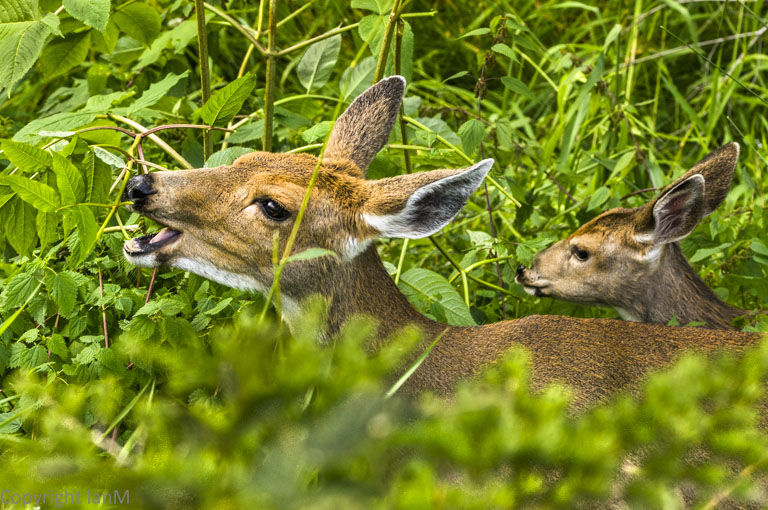 Next
Previous
Back To Gallery